On behalf of the 2016 National Committee, we are delighted to invite you to the 82nd World Library and Information Congress in Columbus, Ohio from 13 – 19 August 2016.

“Connections. Collaboration. Community.” What a powerful theme to represent the work of information providers. But this phrase also represents a passionate group in Columbus’ library community and on the 2016 National Committee who have worked for several years to bring you an exceptional congress experience.

Boston was the last U.S. city to host the IFLA World Congress – and that was in 2001. So much has changed since then. We’re more connected than we’ve ever been in the history of library and information science, so we hope you can join us in a rich exchange of ideas that will strengthen ties across the global community.

“It takes a village to raise a child,” but it takes an entire nation to host an IFLA World Congress. We are thrilled to showcase libraries in Ohio, but we hope congress attendees will also learn about what goes on in libraries across our country.

Columbus is a “library town.” It is home to Chemical Abstracts and the Battelle Memorial Institute, two world leaders in research and scientific information. OCLC, the renowned worldwide library cooperative, has its corporate headquarters in the Columbus suburb of Dublin. In fact, OCLC was founded in The Ohio State University’s Thompson Library.

By August 2016, Columbus Metropolitan Library (CML) will be in the final stages of an ambitious 120 million USD capital plan to build or renovate 10 libraries in its system. IFLA Congress participants will have the unique opportunity to visit newly constructed, technology rich libraries, including CML’s Main Library, which will blend modern functionality with the original Carnegie building.

The Ohio State University Libraries has a long history of innovation. Ohio State’s library system is ranked among the top 10 North American public research libraries by the Association of Research Libraries (ARL). The 110 million USD renovation of the Thompson Library has garnered national awards and the recently opened Billy Ireland Cartoon Library and Museum holds one of the foremost cartoon art collections in the world.

In the United States, we have vibrant and diverse libraries that provide access to information and technology that impacts how our society thrives. Columbus and its profession-leading libraries are honored to have the opportunity to collaborate and share our strategies and models with over 4.000 IFLA’s global attendees, with the common goal of enriching our communities. 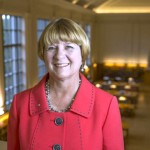 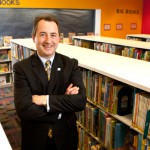