NOTE: This is a two-day conference session followed by a day of touring Kentucky treasures Keeneland Race Course, and Buffalo Trace Distillery before the start of WLIC in Columbus, OH, USA.

Coined as “history’s first draft,” newspapers support cultural identity preservation and representation, even while they document significant historic events. Ironically, born-digital news from the early 21st-century is at risk of loss due to lack of curation and preservation infrastructure.

Starting in the early 2000s, both newspapers and digital news services have created and continue to create a preponderance of data that quickly floats adrift in digital format, after it is no longer timely. This satellite meeting seeks proposals about how different news preservation players serve news content creators through digital curation and preservation support, with emphasis examining strategies toward legal deposit and preservation on local, state, and national levels. This meeting particularly seeks proposals that highlight the preservation topics below, but related topics are also welcomed:

Proposal abstracts for the IFLA Open Session must be submitted by the extended deadline of 29 April 2016 and should clearly include:

Proposal abstracts should be submitted to:

Selected presenters will be notified by 15 May 2016.

To discuss any matter relating to this Call for Papers, please contact any of the Satellite Session committee members.

At least one of the paper’s authors must be present to deliver a summary of the paper during the program of the Satellite Meeting.

The Programme Committee regrets that it has no funding to assist prospective authors and the submission of an abstract must be on the understanding that the costs of attending the pre-conference including registration, travel, accommodation and other expenses, are the responsibility of the presenters of the accepted papers, or their institutions. No financial support can be provided by IFLA.

List of opportunities for support is available on our Conference Participation Grants webpage.

Host of the 2016 News Media Satellite session, the University of Kentucky Libraries sits in the heart of the Bluegrass Region: Lexington, Kentucky, the Horse Capital of the World. Legendary horse farms dot the beautiful rolling hills, and if you’re lucky enough, you just might see American Pharoah, the 2015 Triple Crown Winner and the first ever Grand Slam Champion after a commanding win in the Breeder’s Cup at Lexington’s legendary Keeneland Race Course. Lexington is a stop on the Kentucky Bourbon Trail, and it is now gaining attention for its burgeoning craft beer industry and up-scale restaurants. It’s also on the Doughnut Trail. That’s right: The New York Times has praised Kentucky’s artful doughnuts. And of course, there’s basketball: The University of Kentucky Wildcats have won eight national championships, to the delight of the Big Blue Nation. We look forward to welcoming you to “Big Lex!” 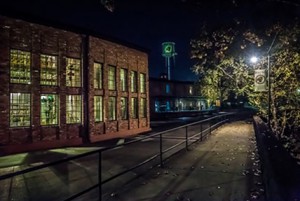